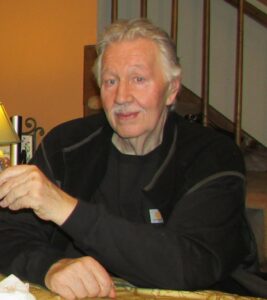 On Wednesday, November 17th, 2021, William “Bill” Brown, loving husband and father
of three children, passed away at the age of 85. Bill was born on July 18th, 1936 in Boston, MA
to Ralph and Mona (Bayer) Brown. On November 8th, 1959, he married the love of his life,
Catherine Doyle, and they just celebrated their 62nd anniversary. They raised two daughters,
Valerie and Cynthia, and one son, William Brown Jr.

Bill was known for his beautiful blue eyes, infectious smile, and his quick wit. He worked
as a member of the Local 25 Truck Driver/Teamsters union for over 30 years. Bill adored his
family and it was the most important thing to him. Every year Bill and Catherine would gather
their three children and would venture off for a wonderful vacation creating many unforgettable
memories, especially the lobster red sunburn he got the first day every year. He enjoyed every
moment he spent with his family whether they were good or hard times. Bill always knew how to
bring peace to his family and friends.

Bill was preceded in death by his father, Ralph, his mother, Mona, and his son William Jr.
He is survived by his wife Catherine, his sister Beverly and her husband John, his two
daughters, Valerie and Cynthia, his son-in-laws Wally and Douglas, his daughter-in-law Phyllis,
and his many grandchildren; Billy III, Devin, Shawn, Travis, Nick, Chris, Gabrielle, Madison,
Douglas Jr, and Christina and his great grandchild Tymothy. He also is survived by many nieces
and nephews.

Relatives and friends are respectfully invited to attend the visitation and celebration of
life Tuesday, November 30th 2021 at Boston Cremation and Funeral Home located at 287 Main
St, Malden, MA 02148 from 9AM to 11AM.